The tracking system is a critical part of the HCPV generator. It has a high impact on the generator’s cost and reliability. It’s made of moving parts (slow moving parts) that must operate accurately for tens of years with the minimum maintenance costs. It has also an impact on the HCPV generator’s energy balance, since it consumes electrical power while moving and this energy loss must be minimized.

Another important cost element which hasn’t an impact on the product’s direct cost but is of basic importance to determine the HCPV generator’s LCOE (Levelized Cost Of Energy) is the tracker’s installation complexity. Indeed the installation procedure and the labour cost needed to install set it up and align the modules is a critical element: the tracker must be designed to simplify the installing procedure as much as possible.

Therefore the following objectives are mandatory in this part:

– The design of a lean metal structure with enough stiffness and robustness, designed for an optimised simple field mounting procedure;
– The design of the tracker and its installation procedure, including the modules alignment process, in such a way to simplify it and minimize the labour time and avoid the need of specialized personnel;
– The development of a self-alignment procedure operated automatically by the electronic drive control which is run (1) at start up and (2) periodically during the operation mode and identifies the sun position adjusting automatically the tracker’s position offsets;
– The use of highly reliable moving parts such as brushless DC motors operated by an electronic drive system that minimizes the pulse operation in order to reduce at minimum the tracker’s moving parts’ stresses.

Another basic objective is this:

– The design of a high throughput tracker manufacturing procedure to demonstrate the feasibility of a high precision pre-assembly in-factory process including the testing tooling needed to check the sub assembly quality before shipping. 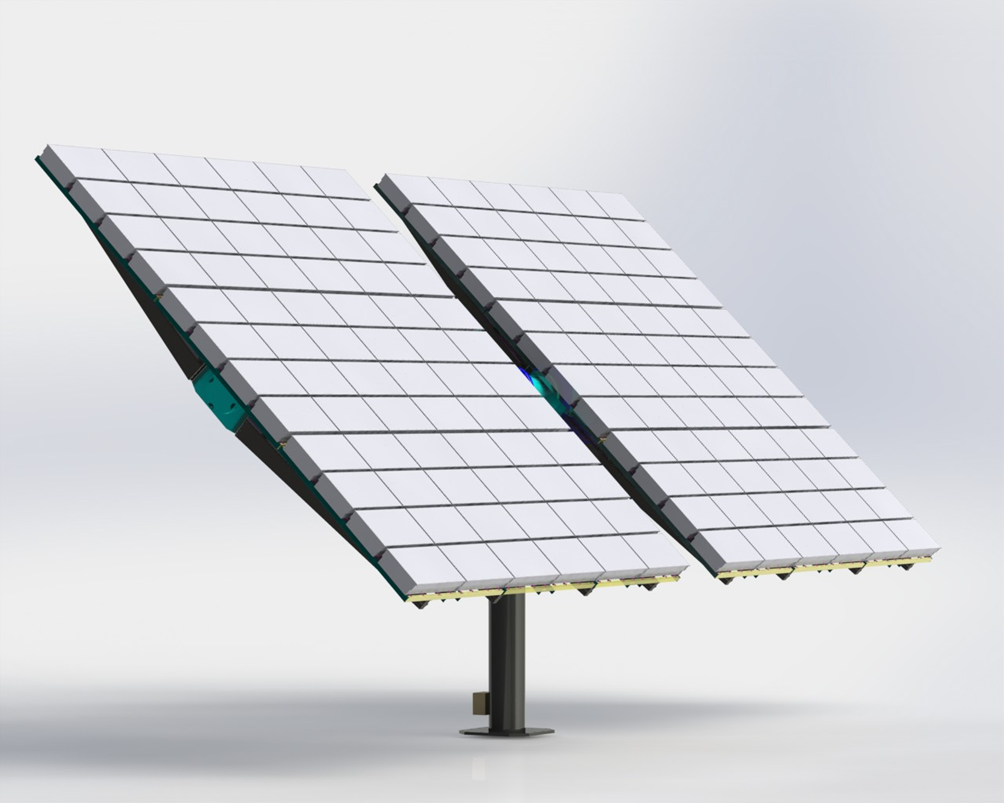