The solar receiver is a sub-assembly that holds the solar cell, the secondary optical element (SOE), the bypass diode (necessary to carry the whole current of the other cells in case of shadowing of the cell itself) and the electrical connecting contacts. The solar receiver sub-assembly must be thermally connected with the heatsink and electrically isolated from the heatsink.

The new ECOSOLE receiver is based on DBC technology, holds a 3x3mm cell and a pyramid secondary optic element, The thermal resistance is minimized while the electrical conversion efficiency is the highest, thanks to the homogeneous light distribution on the cell. 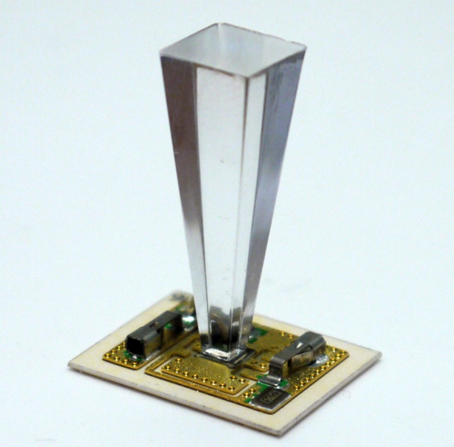