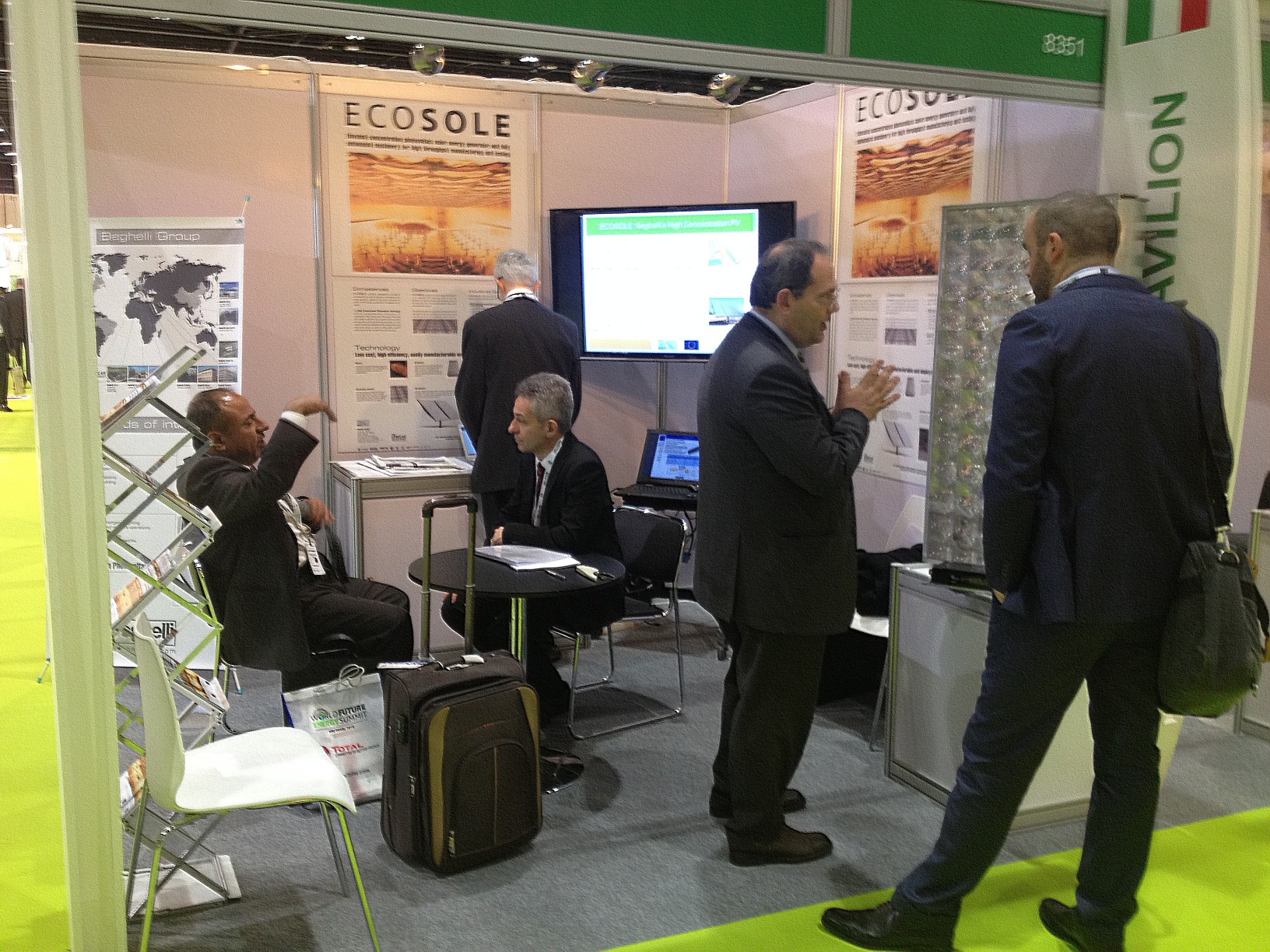 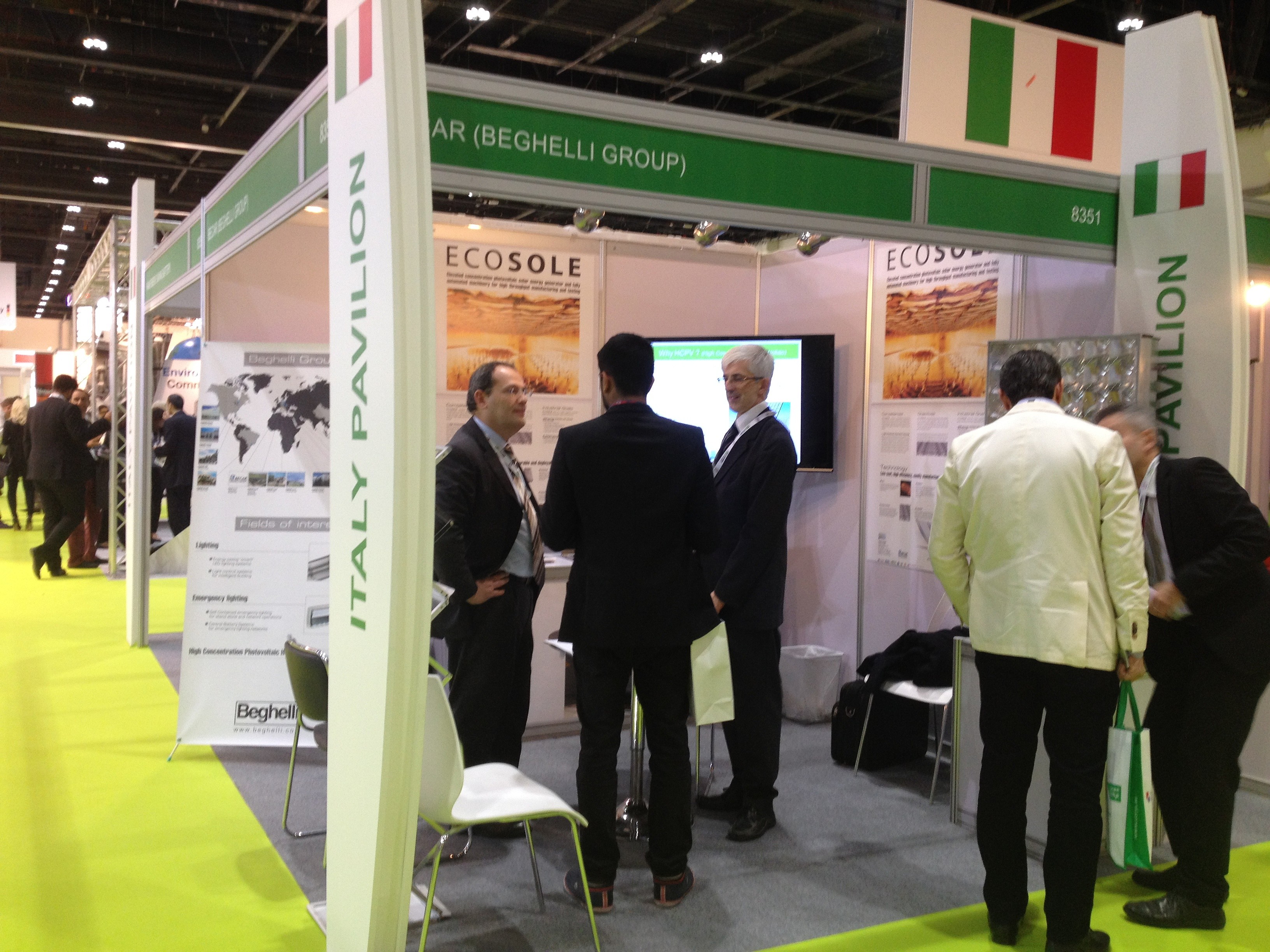 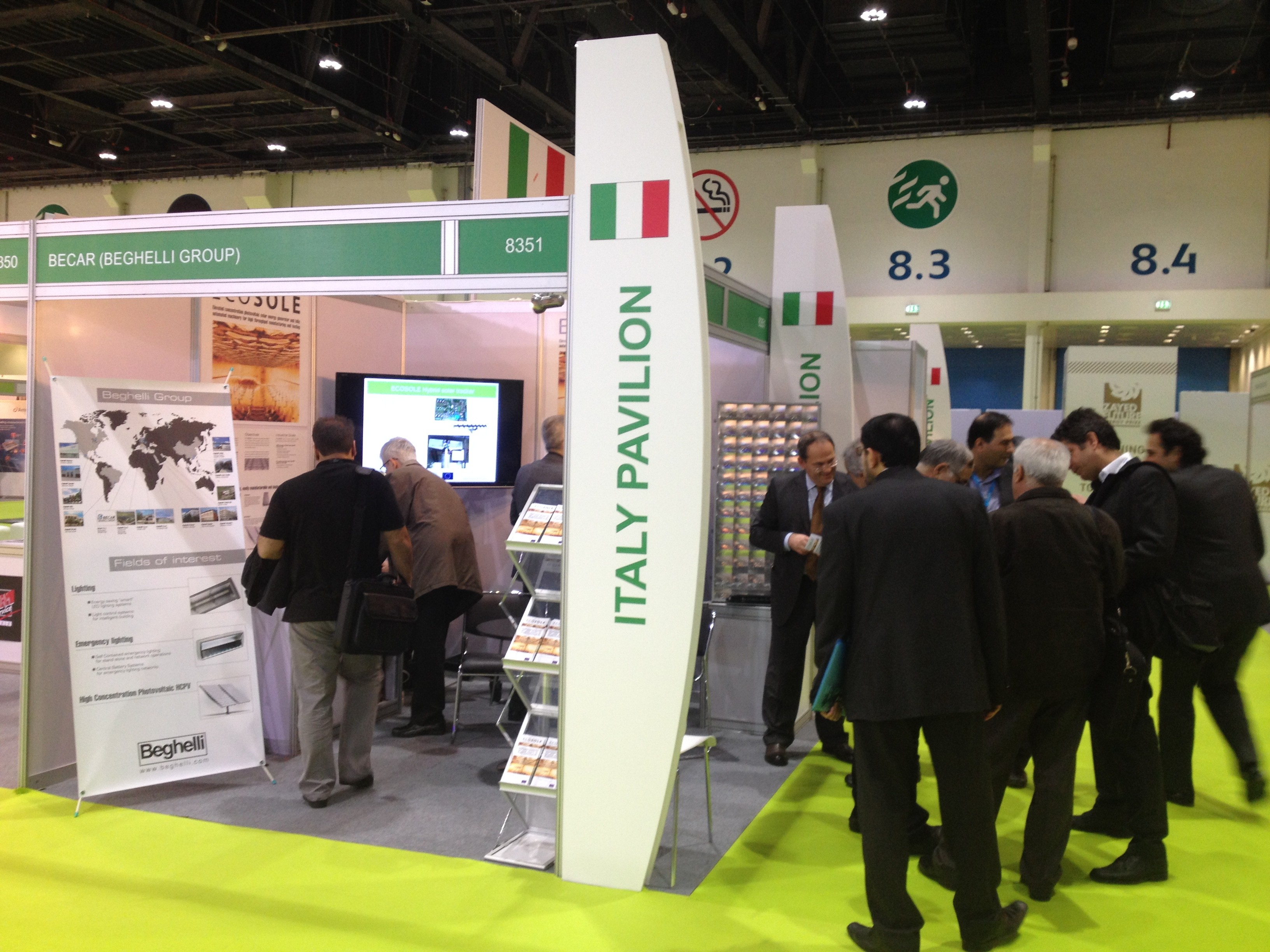 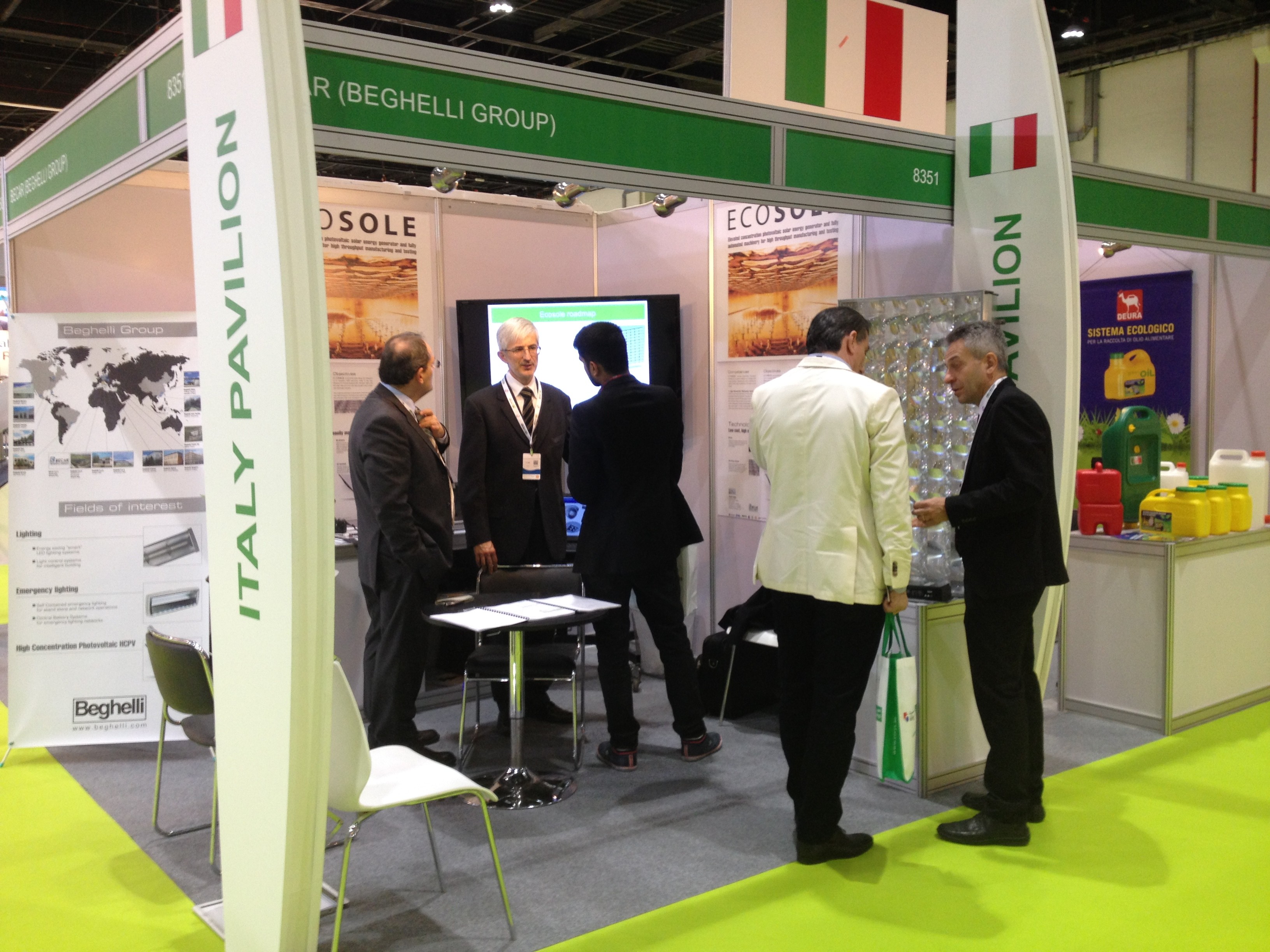 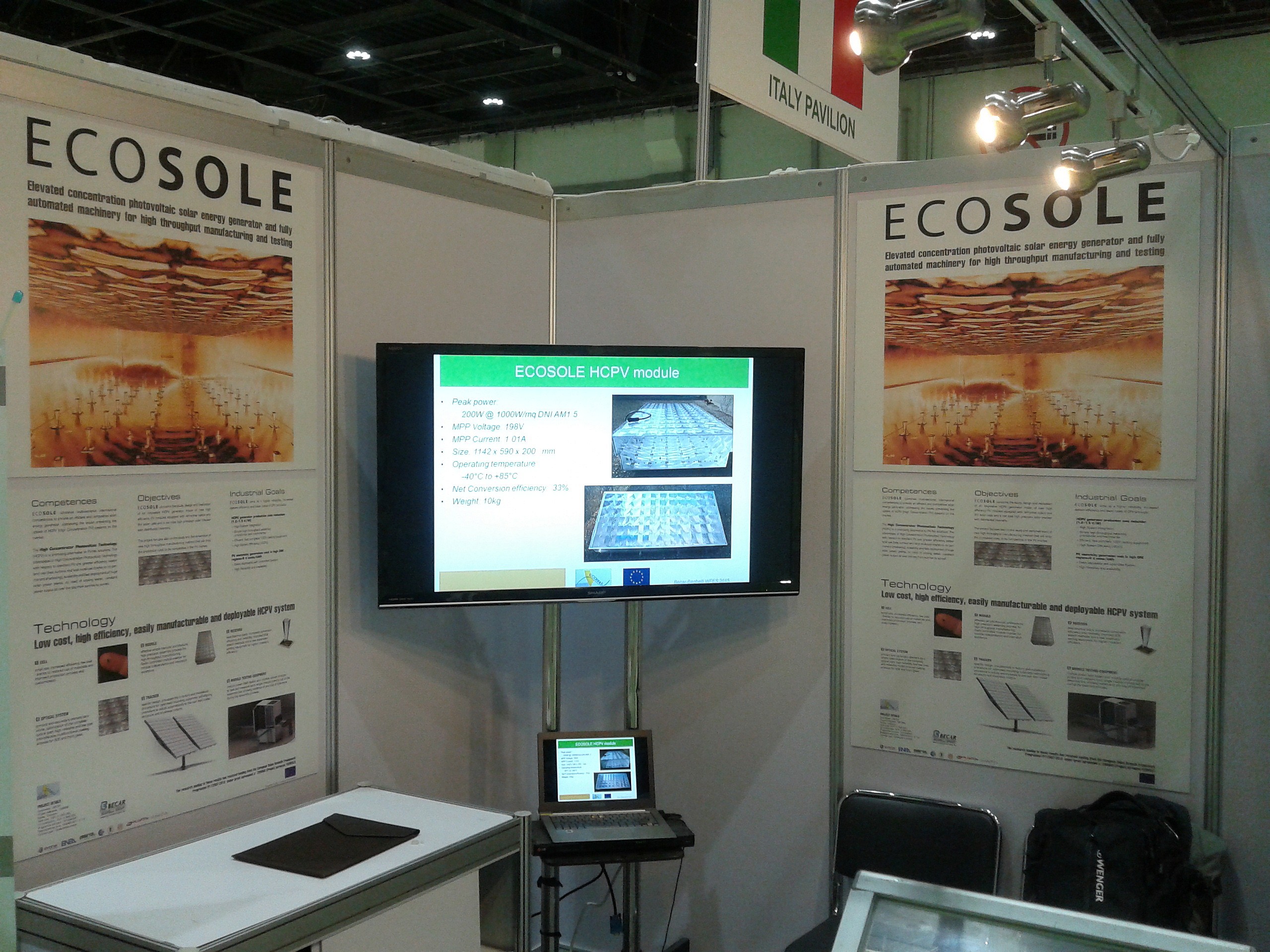 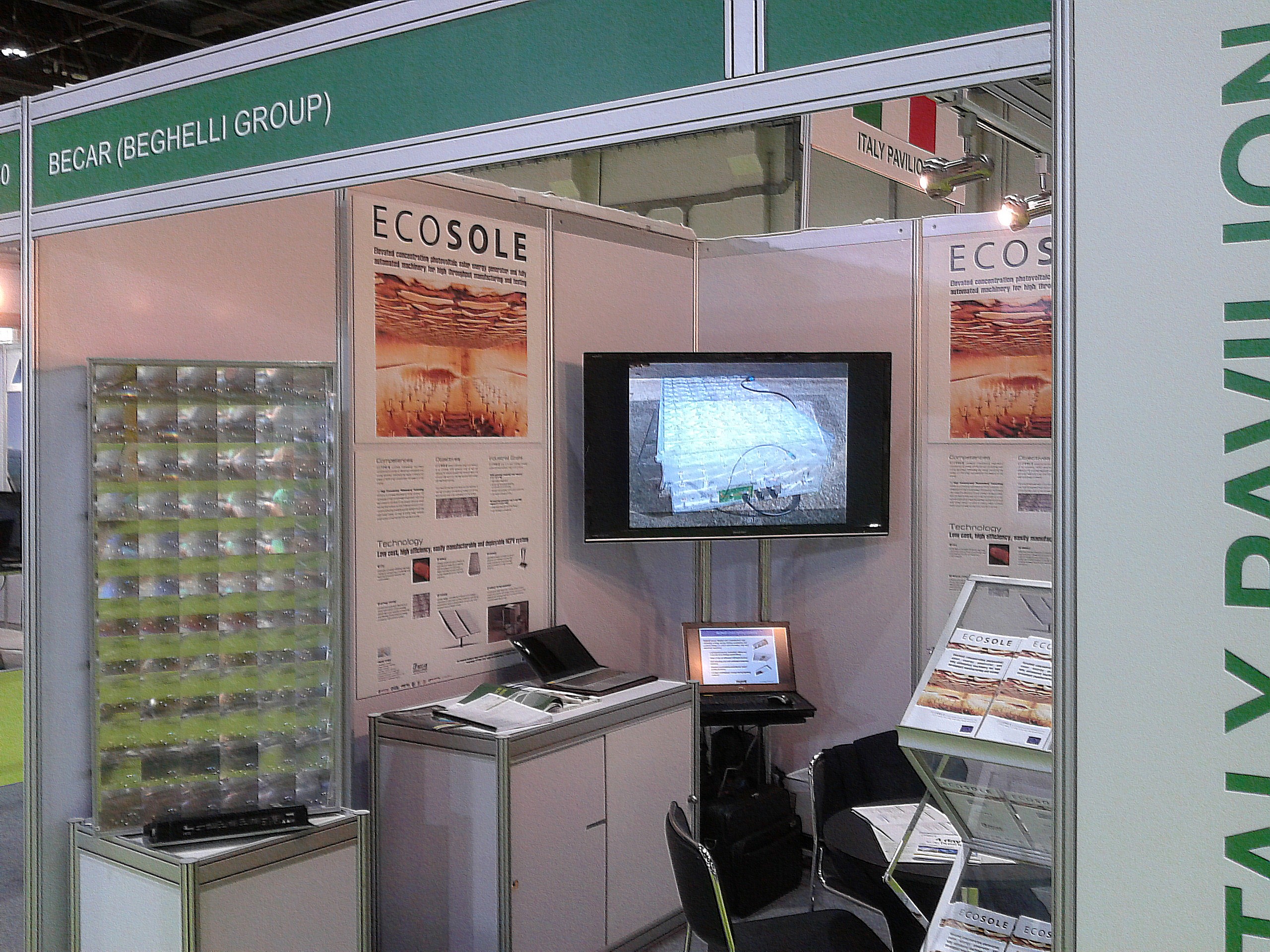 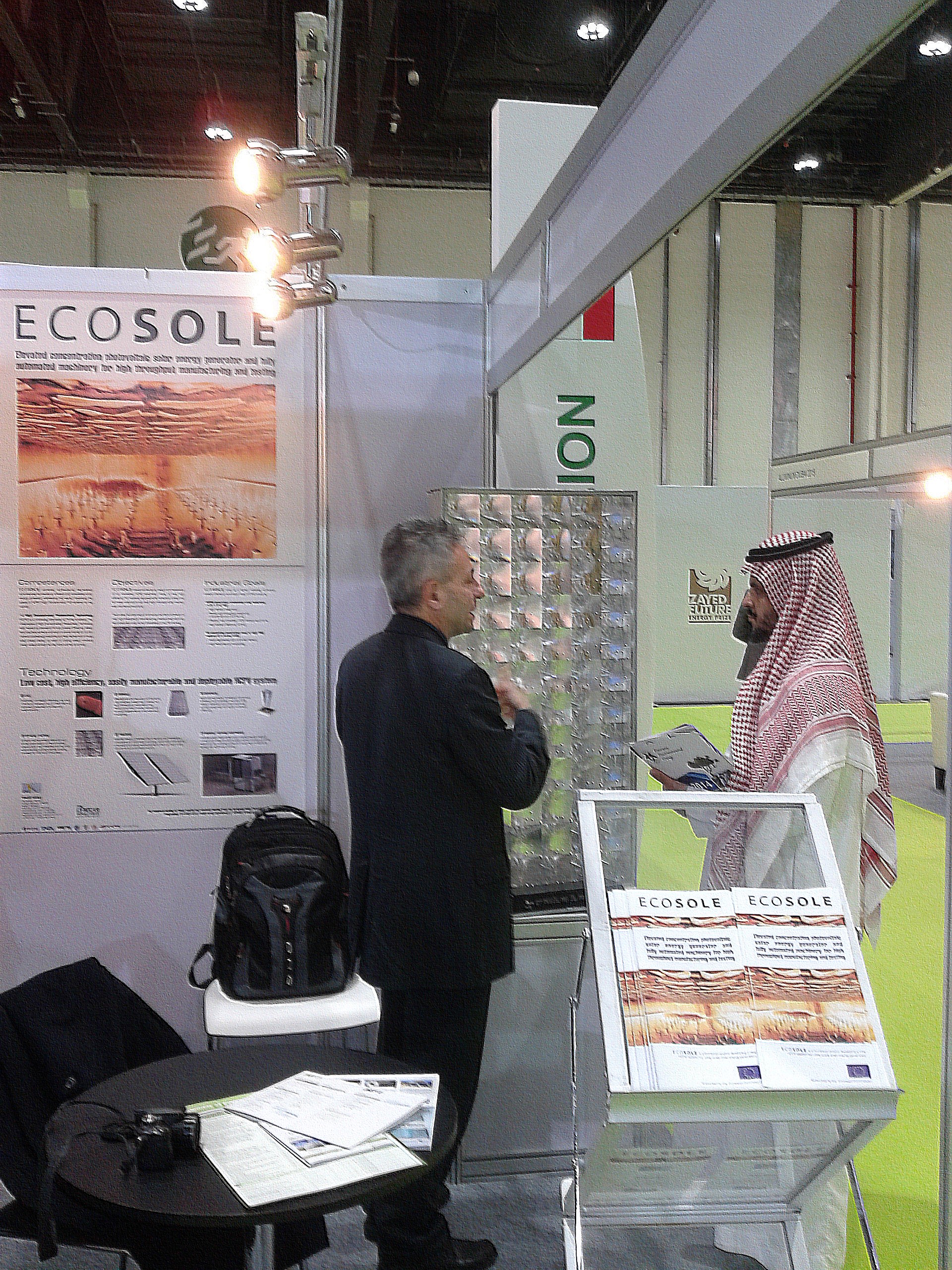 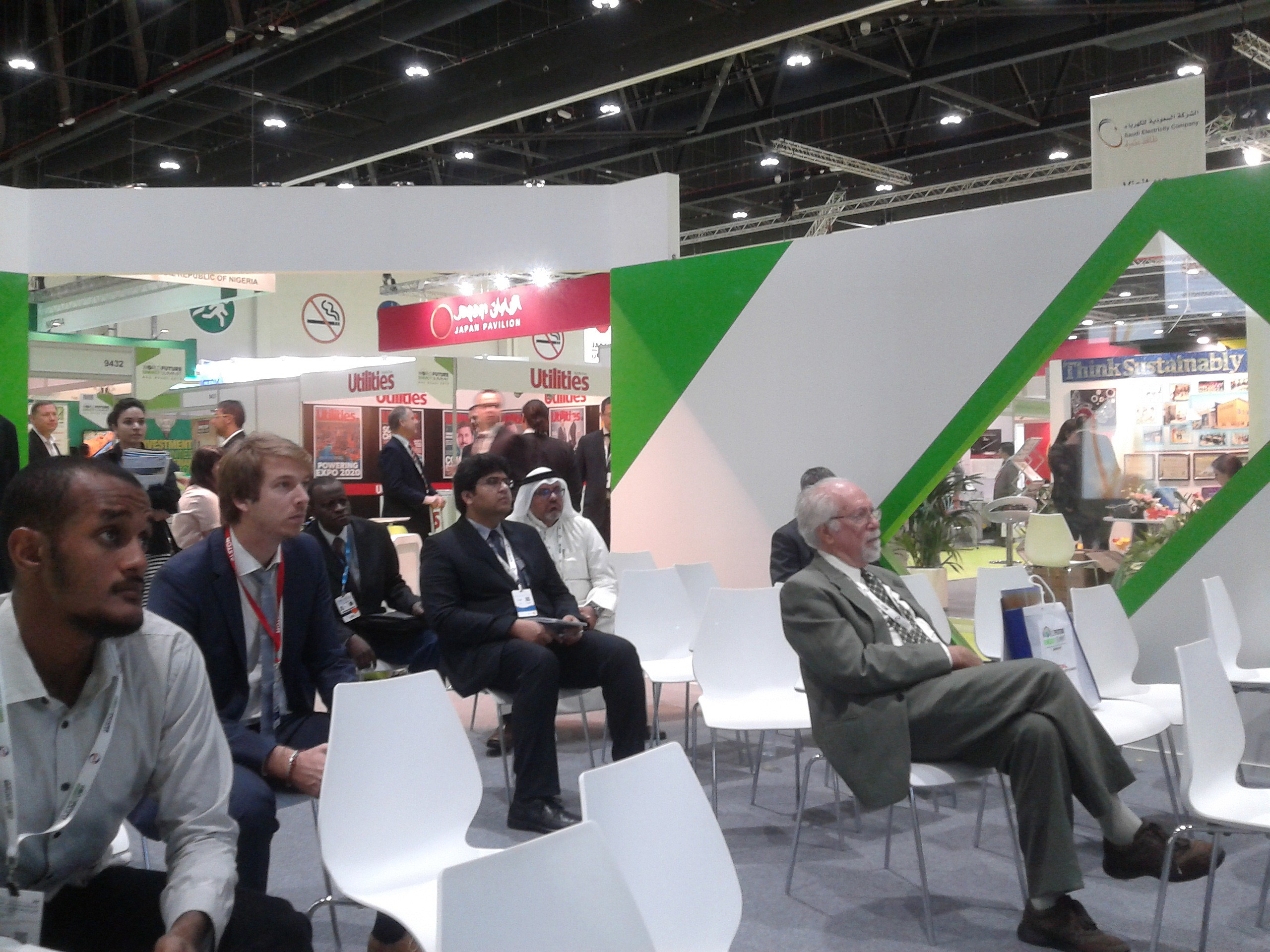 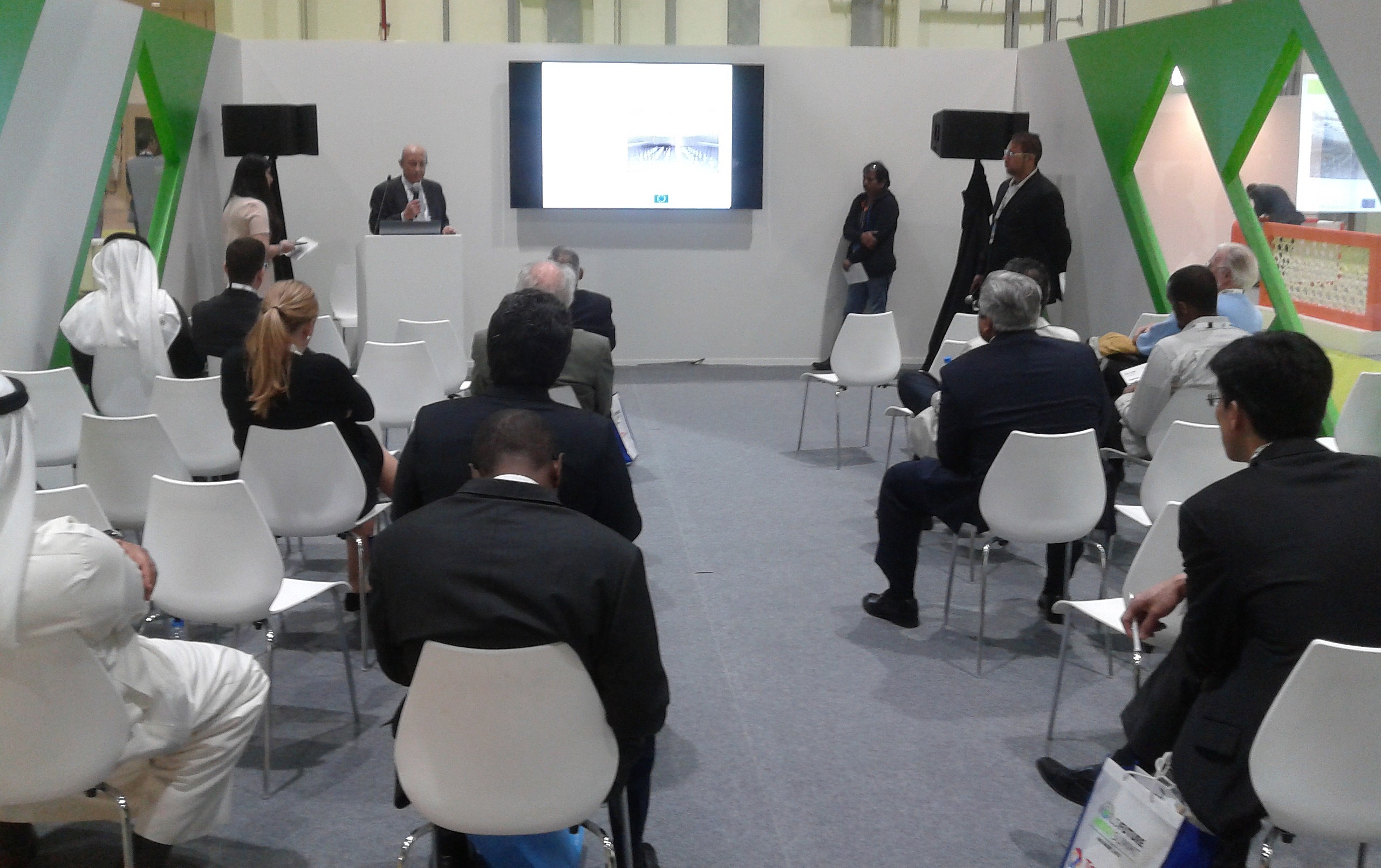 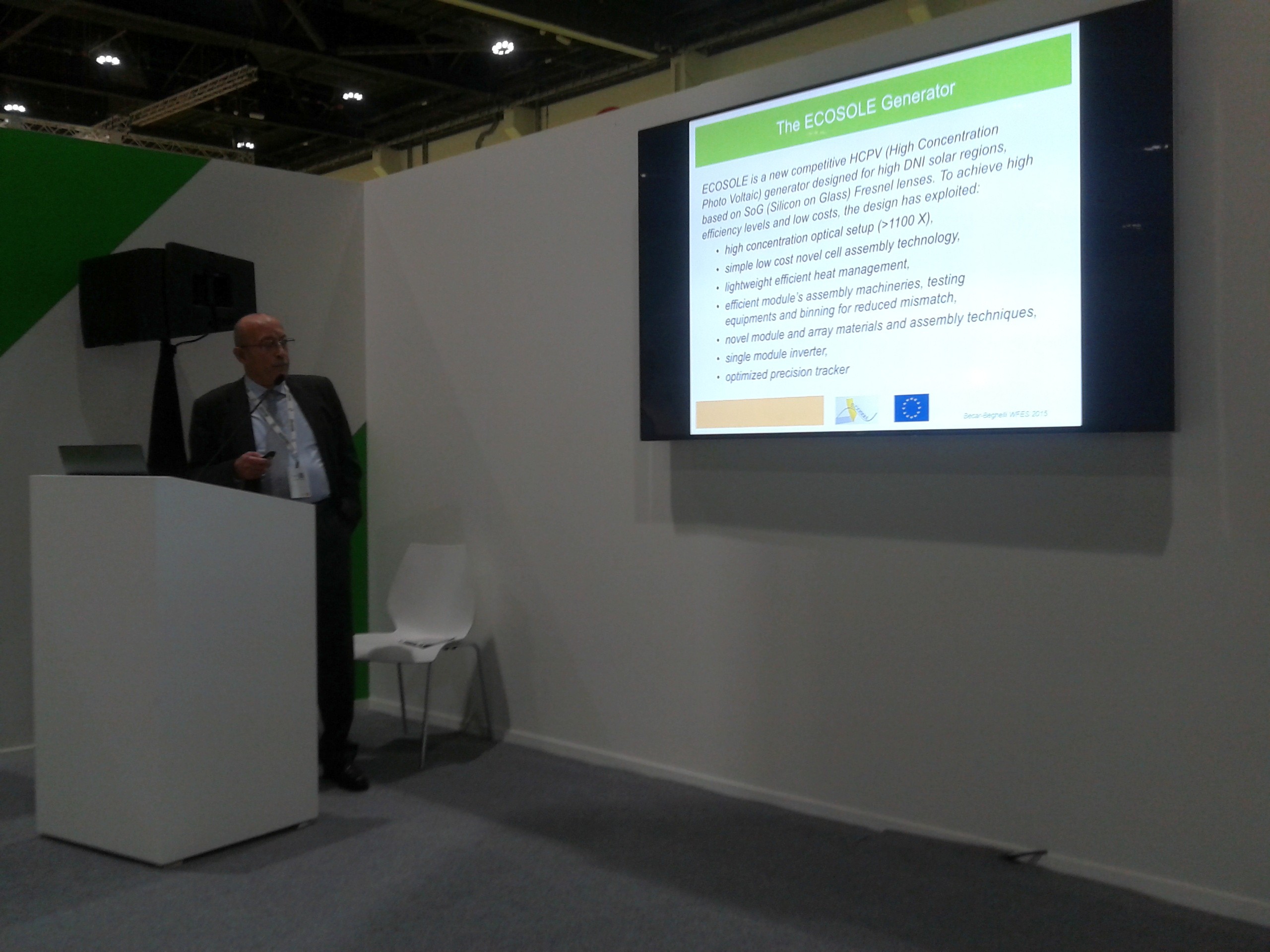 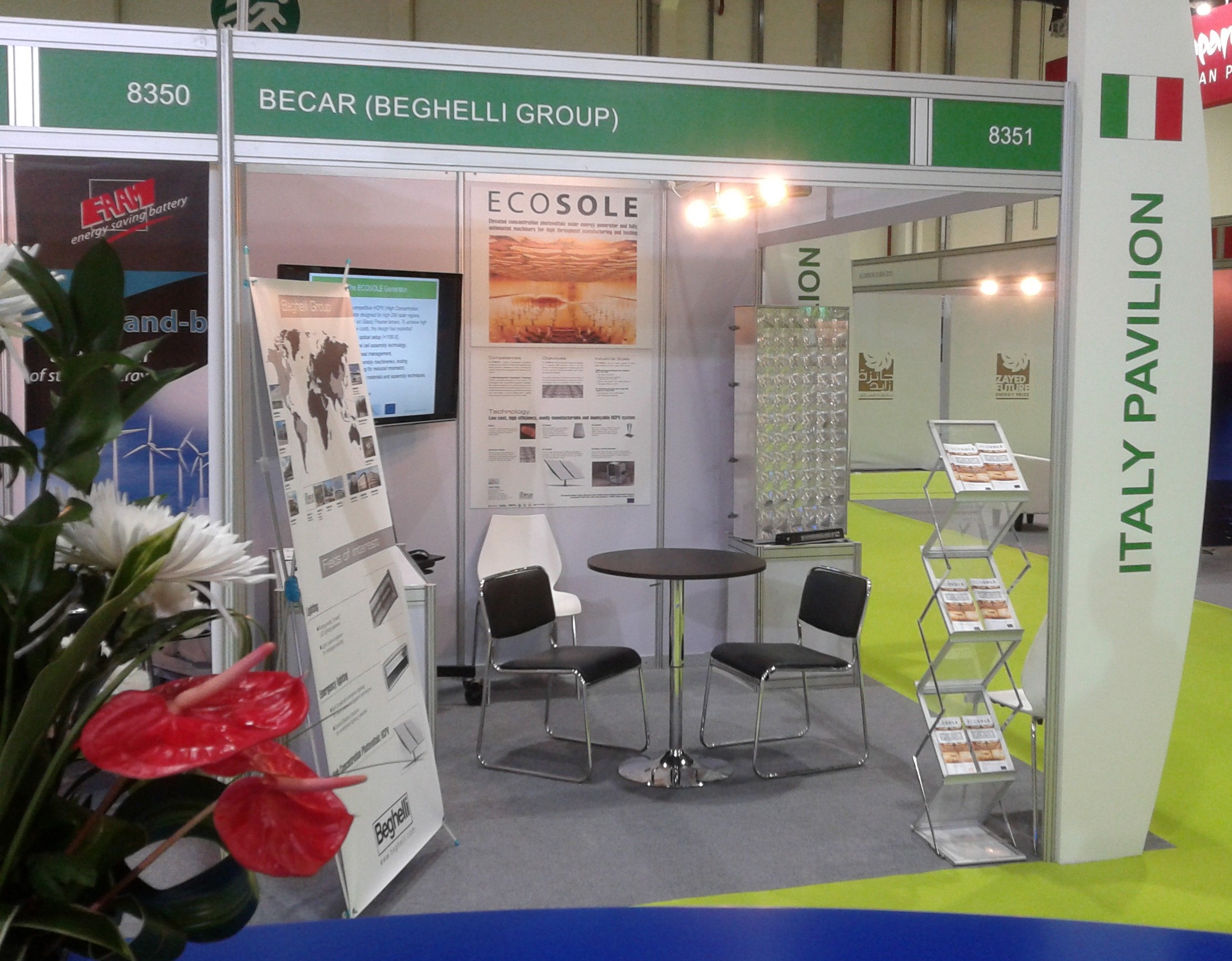 Becar has presented the ECOSOLE project at WFES in Abu Dhabi from January 19th to January 23rd 2015.

The Ecosole stand has been visited by many exhibition participants coming from abroad and mainly from the Middle East, Africa and India.

On Tuesday 20th Mr. Carpanelli has given a speech within the TechTalk Seminar Programme, with the title:

The ECOSOLE activities and products have been explained to many interested visitors who have been attracted by the new renewable technology.